Getting ready for my retrospective show at Panopticon Gallery

This week I headed over to the Panopticon Gallery in Boston to sign prints for my upcoming show, which will open on September 14th. It’s scheduled to coincide with the release of my new retrospective book published by Nazraeli Press. The book will have 80 photographs and cover six decades of my small camera black and white photography. Forty-four of them will hang in the show. My good buddy and Boston rep, Jason Landry, met me at the gallery while I signed some of the prints that will hang in the show and retrieved others, which have recently been printed by our Boston printer Panopticon Imaging. Jason, together with Jim Fitts, launched the Kickstarter Project last year, which ultimately led to my new book and this exhibition.

No matter how many shows I’ve had, I get excited about each one. I may be 81, but I remember the boy who had his first one-person show in 1951 at the age of 19. It was at a place called The Little Gallery, which was in the New York Public Library. I had already been in group shows at the Photo League, which was a great context for exhibiting, but seeing my work nicely framed and hanging all together on a wall was as thrilling then as it is now. It’s like I’ve always said about the first kiss — I’ve never gotten over it! And each subsequent kiss is like the first one. And, that’s how it is with hanging your work for the world to see. Hope you can stop by and see the show! 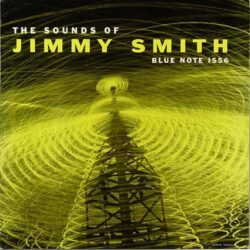 Jazz for the soul: Blue Note records, the “Jazz Loft”, and “Eric in the Evening”

Congratulations on the book ‘Harold Feinstein: A Retrospective’ and for such a beautiful body of work! Coney Island is one of those places that seems to bring life into focus. Photography has been a life saver for me. I will never get tired of it.