Getting ready for the benefit, book party and reunion at Aperture December 17th! You’re invited!

I love having book parties! But it’s especially great to head home to New York and the venerable photo foundation, Aperture. I may be 81 now, but good things seem to circle around in one’s life. I was just a young man in my 20’s when Minor White published a photo of mine in one of the first issues of Aperture magazine. I wish I could find it now, but perhaps my friends at Aperture can dig it up in the archives!

I’m delighted that Sean Corcoran, curator of prints and photography at the Museum of the City of New York is going to moderate the conversation on Monday, which will include some comments and reflections from my friend A.D. Coleman as well as numbers of my former students from across the decades.

I was especially happy last week to discover a long-lost student of mine from the early 60’s, Herbert Randall. His wonderful photos collected in his book The Faces of Freedom Summer are a priceless document of that historic time. Herb co-founded the Kamoigne Workshop, a group of African American photographers in New York who came together to explore the issues of cultural representation in their art. The other founder, Lou Draper, was also a student of mine who passed away in 2002. I always wondered what had happened to Herb. Last week my wife was able to locate him living on the Shinnecock Native American reservation on Long Island. He’s 77 now and living under the radar with no internet. But he’s coming to the party and it will be one of the fondest of many reunions I expect Monday night. Equally important, I’m hoping my work can raise some substantial funds for Hurricane Sandy recovery. I’ve got six images printed as gorgeous giclee posters by Panopticon Imaging in limited editions of 50 that will be discounted at the event. 100% of net proceeds from these posters, in addition to the wonderful array of tri-tone offset print posters (unlimited edition) donated by publisher Bruce Telekey, will go to The North Star Fund and ConeyRecovers.

AND we’ve decided to offer a discounts on contemporary legacy prints. These are fiber based silver gelatin prints in editions of 20. My Boston dealer, Jason Landry of Panopticon Gallery will be on hand to show these prints to interested collectors. A third of the proceeds from these will be donated. Also on display will be a small collection of my older silver gelatin prints of images I shot in the 40’s and 50’s and printed in the 70’s.

It’s so gratifying to be reminded of the generosity of friends old and new who band together to create an event like the one at Aperture. Many have donated their time, labor and products! The list is growing, but here are a few I’d like to thank now. Afterwards there will be even more names to add! 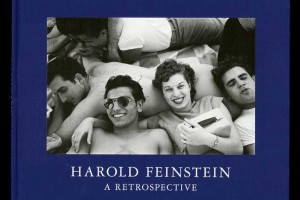 What a joy-filled event has been planned! Gene and I wish we could be there to share it with you. Sending lots of love to join the light that will be shining brightly on the 17th….

Harold, Harold, how delighted I am by all the accolades and good events coming your way! I was one of your students in the early 70’s — we would meet in your small Village studio/workroom. What I remember most of all (besides discussions of Poly F papers vs. Brovira etc) was how remarkably open you were to people and experiences. How quick you were to laugh and to embrace. I see from this photo that you are still embracing life to its fullest. What a joy to see you again! Congratulations, buddy! I’m so happy for you.