Ode to my wife on Thanksgiving

I’m happy to say that in our home everyday is a day of gratitude. Recently I woke up in the early morning and wrote a poem to my wife, Judith.

The night
not yet over
As I lie
with my head
on my morning pillow
filled with words
yearning to get out
to weave a cloth
in which I might carry
my heart, filled with
the measure of my love
So I might embrace yours…

I have two favorite times of day — when I wake up in the morning to see my wife’s face, and when I go to sleep at night with her beside me. And then, of course, there’s everything in between. The truth is, I have so much to be grateful for, and not a day goes by that I don’t pause and think about that.

Without a doubt, the biggest blessing in my life is my wife, Judith. A common expression from me these days is… “Oh to be 83 and to be in love.” After 26 years, the appreciation of our relationship grows daily. Once, when a friend asked us what we most liked doing together we both responded in unison – “Being together!” I can’t think of anything more descriptive of a match made in heaven. Every moment is filled with gratitude, appreciation and joy, and I know she feels the same way. What could be better?

Judith and I met in 1988 when we were both in New York and we have lived together since. We married in 2000 after her mother, Betty, who was living with a chronic and incurable disease, said that one of her fondest wishes would be to see us marry before she died. I will always be grateful to her for that. We married on the beach in Emerald Isle, North Carolina. She passed away the following year.

When we met, Judith was running her own organization called Children of War which brought together teenagers from the world’s warzones in a leadership development process that included sharing their stories with each other and then with U.S. teenagers throughout the country. In this way they found strength in each other, and healed some of the wounds they carried with them. Through listening to each other’s stories — often from so-called enemy groups — they developed a compassionate leadership which would inspire other youth to become active in social issues in a similarly compassionate way. It was a highly successful program, which won many awards and ultimately earned her the Peace Fellowship at the Radcliffe Institute for Advanced Studies (then called The Bunting Institute). I followed her up to Boston in 1994.

It was her work that alerted me to a sense of what is important — more than anything else. Photographing these young people was truly revelatory to my consciousness. To this day, one of my favorite photographs is this montage I put together of the portraits I took of them. Not only were they from the international war zones, but also the domestic ones — homeless shelters, migrant farm laborers, inner cities. I would never see the world in the same way.

Up until recently, she continued her work convening peace practitioners and activists from all over the world to explore the new frontiers of forgiveness, restorative justice and trauma healing on the front lines of conflict. She travelled all over the world in this pursuit and eventually got her Ph.D. in peace studies, looking closely at the relationship between compassion and social healing. I know it would make my mother proud to know that I married a doctor!

Several years ago, she stopped her work of several decades and turned her attention to my lifetime of work and my personal care. She claims to be enjoying herself just as much! I often say that I owe my life to Judith. And I mean that quite literally since she has devoted herself to caring for my health on so many levels – physical as well as spiritual. I can never thank her enough for the many things she does on a daily basis to keep my life joyful and comfortable. In addition she set up the Harold Feinstein Photography Trust and has devoted herself to organizing my lifetime of work and shepherding my legacy. How did I get so lucky?

I truly could not recount all the reasons I love Judith. But lately, I’ve been especially appreciating her ability to see and act on the essence of things. She has what I like to call the “third eye” — the capacity not just to see the bigger picture of issues, but the ability to see the pertinent questions within them. That she is beautiful is something I am naturally happy about. But it is her innate wisdom that helps guide me on my journey. Whenever I am angry or confused by what I watch on the news we talk about it and I end up seeing not just the blacks and whites, but the areas in between. She aspires to the highest level of understanding on all things and I have been a consistent beneficiary of that.

Every single day is filled with countless acts of love between us. Joy, laughter and smiles from the soul. Continual awareness of the preciousness of life and appreciation of it. Should I feel guilty for being so happy? There are moments that I might, but she even rescues me from that! If this isn’t love, then maybe I’m crazy. We hope you’ll join us. Happiness loves company. Happy Thanksgiving to one and all. May you all be as happy as we are!

Here’s a photo album of our love through the years. Hope you enjoy. 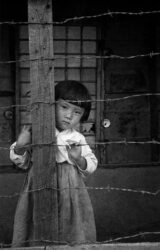 Thoughts of war on Veteran’s Day

WOW–this is so instructive and I will keep this close at hand forever as it will remind me about the joy of gratitude and how to express those thanks for a life well lived with another person.

Thank you BOTH, Judith and Harold—I am indeed grateful to you two for lessons learned from you and for the joy in your lives which inspires the rest of us.

Thank you Mary. Judith joins me in wishing you a Happy Thanksgiving! Love Harold

Gene and I join you and Judith in thankfully celebrating the love and happiness you both share. As you know, we have been similarly blessed in our lives together for which we are, like you, profoundly and joyfully grateful.

Thanks Barbara. Yes, I am aware that you two are members of the blissfully-happy-together-club! Just one more thing that we share in common! Your friendship has been so wonderful and we’re grateful to it! Happy Thanksgiving to you both!

You two reflect the finest and deepest joys that life has to offer us. And so it is, eternally. With profound love, Ruth

Thank you Ruth! Both Judith and I wish the same for you! Looking forward to seeing you at Christmas! Love, Harold

Bravo – beautifully expressed – you’ve created a wonderous image with your words – I shall remember this for a long time.

Thank you Roger. Wishing you a great Thanksgiving. I love your book and will always cherish it!

Two beautiful people with beautiful souls–thank you for sharing your love with us.

Thank you dear Toba! Takes one to know one! Hoping we will see you again before too long!

It is said that good things come to those who wait. Perhaps, this means more than just a duration of time, of having patience for that moment to arrive? Perhaps, this profound truth also refers to that moment when you choose to become the you that you are meant to be, the right moment from a stack of other moments, the moment that will define your life. Dearest Harold, your moment not only seemed to have come early, but remained, as a single moment of Love in which all the other moments, the chapters in your life, blossomed. Your moment… Read more »

Thank you James. Judith has been a miracle in my life and I wish the same for you! Hope you had a great Thanksgiving!

I so loved meeting you in Maine and seeing Judith again!! It has been rainy in Spokane this fall and I have so enjoyed using the beautiful umbrella you and Judith gave me to the point that I welcomed the rain! It brings me so much happiness to be reminded of our wonderful time together in Maine and the hospitality of Jim and Joe. Love and peace. Phyllis

I love my wife Patricia so much, but she’s very shy about taking pictures. The ones I do have are treasures.