Fifty-nine years ago, my first one-man show was about to be taken down. It hung during May 1955 at the Little Gallery of the New York Public Library and came down on Memorial Day of that year. (My very first show was as part of a group show at the Whitney in 1954). I was 24, had only been out of the Army for two years, and was happy to feature quite a few photographs from my Army Draftee series. The New York Times article about that show also featured write-ups about two other shows exhibiting at the time by photographers, Dan Weiner and Fritz Henle. I was friendly with both of them from the Photo League. Dan was one of my favorite people and Fritz helped to guide me to W. Eugene Smith, for which I will be eternally grateful. Before heading off to Korea, Memorial Day was, for me, less about honoring the troops and more about opening day at Coney Island, my boyhood stomping grounds and a great source of ongoing inspiration for my photographer’s eye for most of my life. I had never left the country before and lived a relatively innocent life in the confines of my Brooklyn neighborhood. So, when I was drafted and brought my camera along to document the everyday activities of draftees, it was painfully clear that the guys who sat behind me on the Cyclone or on the beach strumming a guitar were the same guys standing in line naked and waiting to be inoculated. Phillip Prodger, who wrote the introduction to my book, Harold Feinstein: A Retrospective, noted this when he said:

“Indeed, there is something of the spirit of Coney Island in Feinstein’s Korea. The hopes and fears, longings and even happiness written on the faces of Feinstein’s Coney Island visitors appear again in the young draftees…It is hardly a coincidence, for these are the same men and boys who in a time of peace would be sunning themselves on a each, or visiting a boardwalk sideshow.”

I am reflecting on this today. It has saddened me to hear the news about the failures of the Veteran’s Administration’s health care system. I am one of the lucky guys who didn’t have to see a lot of combat action during the war due to a non-combat related injury that brought me back from the front and employed me as a sign painter for officer’s headquarters in Pusan (not as a photographer luckily as that would’ve kept me busy shooting handshakes and medal ceremonies!) But, I saw plenty of wounded and traumatized soldiers and civilians. It is shameful that the young men and women who go off to war are left to languish afterwards.

War, by its nature, must be dehumanizing in order to “train” men and women to fight and kill. When we arrived in Pusan, we were told not to fraternize with the Korean people — to keep to ourselves. Never one to obey orders, I ended up living with a Korean woman and her child and enjoying the friendship of numbers of Koreans.

On this Memorial Day, I pay tribute to those who, like me, left behind the pleasures of their youth not really knowing the horrors they were about to confront. I wish them respect and support and perhaps the light-heartedness of an opening day at Coney Island with a Nathan’s hot dog — or whatever might be the particular equivalent for them!

Here’s a few more photos that bring back memories on this Memorial Day. 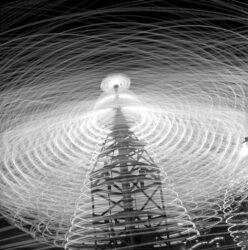 Thanks Harold…
Memorial Day is one of those days when you ponder the past and give thanks to the present…Being here is good…Many of our comrades in arms are not..
Best Wishes and happy you are with us..
Burt

Thanks Burt. How true it is. I am so happy to be alive and am grateful I was spared the worst of the war. So many were not — then or now. Counting our blessings is important and paying respect to those who were or are left with the scars of combat is a necessity. Best to you. Thanks for the comment

Beautiful, iconic-style b&w work, with such great use of available light.