When Harold was asked to name his favorite photograph from among his own work, he often gave different answers — and generally had a hard time picking! (He used to say “When I’m not with the image I love I love the image I’m with.”) But this photograph was among the most frequent he would mention! It is one of Harold’s iconic photographs, published repeatedly, most recently in The Life and Work of Sid Grossman (Steidl, 2016). An exhibition of the same name hung at the Arles Photo Festival the same year and also featured this photo along with eight others from Harold’s portfolio.

Recently I’ve begun adding Harold’s audio commentary to some of his photographs where I have it. Here’s a bit of what he had to say about this one when doing a walk-through of a show at the Zoller Gallery at Penn State 1988.

“I would come back to the beach many, many days. I would know these people over years.They would congregate with the whole family. The guitar player was part of this group…I hung around alot and I’m with them. I love them…Look at the grace in that hand; the way he’s holding that cigarette.” 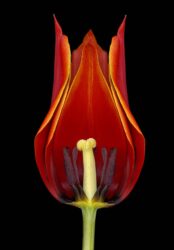 Not yet sprung! Waiting for the Big Bang!