Run don’t walk to “Sideshow” an exhibition of early Coney Island memorabilia starting May 2nd at The Ross Art Group’s Manhattan gallery. If I could, I would be there.

Opening night will feature not only a cornucopia of early Coney Island exotica, but the added attraction of some of Coney Island USA’s Sideshow by the Seashore performers. I’m sure if he were still alive, Coney Island’s tattoo man, Michael Wilson, would be among them. As a sideshow performer for over 10 years, 90% of Wilson’s body was covered with tattoos. In fact he moved to New York because in San Francisco he couldn’t find anyone willing to tattoo his face! Michael was a true artist who used his body as a canvas, and I loved photographing him. As Dick Zigun, owner of Sideshow put it: “There were no stupid biker tattoos for Michael. He never went into a tattoo artist’s shop and said, ‘Gimme that one.’ He would create each design and say, ‘This is what I want.” While he died in 1996, apparently of diabetic shock, his pursuit of his own idiosyncratic self-expression lives on as an inspiration for other sideshow performers, in a world where the sideshow as genre is almost extinct. Many items from the Ross Art Group exhibit and sale come from the collection of Dr. Richard Lerch, a New York physician, who drew his inspiration (and much of his collection) from Frederick Fried, one of the greatest early collectors of Coney stuff spanning the first 50 years of its existence. Among the many treats available for view and sale will be the photographs of Edward J. Kelty, Arthur S. Mole and John D. Thomas. Kelty was an itinerant circus photographer known for his 11 x 20 panoramic shots of circus performers. Mole and Thomas’ took aerial photographs of well-known patriotic symbols composed of thousands of people. Taken right before the end of WWI, most of the participants were US Army troops.

According to Mickey Ross, the owner of Ross Art Group, the centerpiece of the show will be 28 original architectural drawings and blueprints that conceptualized Coney Island carnival rides and structures. They were created by amusement park ride inventor and manufacturer William F. Mangels and depict such classic rides as the ‘Whip,’ Loop roller coaster, and carousel horses with a mechanical function. These, too, will be available for purchase.

So if you live in New York, hurry on over to 532 Madison Ave (4th floor) tomorrow night and enjoy the show!

Postscript: Richard Lerch will donate the proceeds of one of his rare Coney Island photographs to the non-profit Coney Island Museum the only museum in the world dedicated to interpreting and preserving the history of Coney Island. As many of you know, I donated funds from the sale of my work to #ConeyRecovers and Northstar Fund post Hurricane Sandy to help with reconstruction. MORE IS NEEDED! People are still waiting for houses and shops to be rebuilt. If you care to contribute you can purchase my Coney Island limited edition posters here. 100% of proceeds will be contributed. 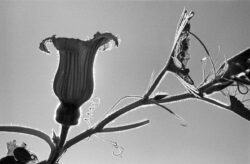 The ICP, Earth Day and me: Celebrating the beauty that surrounds us