“They were all missing someone”: Harold Feinstein’s Korean photographs, Veteran’s Day 2019

Excerpt about Feinstein’s Army Draftee series from the documentary Last Stop Coney Island: The Life and Photography of Harold Feinstein.  Photo: Headed to the front, 1953.

“When I was drafted during the Korean War and I was sent to basic training, I was taken away from a girl (I say a girl because I was a boy at the time) who I loved, taken away from my just beginning my profession of photography, and lo and behold there I was in the infantry in basic training. And I remember standing at Fort Dix and looking over the barbed wire. And thinking all I want, all I want is to be on the other side of that fence. No other conditions. And so I have to remind myself if ever things are bleak, I’m on the other side of that fence.”

While he had initially hoped to be assigned as an official army photographer, he later celebrated the fact that he wasn’t. Instead of being on call to photograph all the medal award ceremonies and other official business, he was able to simply take his camera wherever he liked.

“Most of what happens in the army is hanging out and waiting.  So I would photograph GIs in their bunks in the process of waiting,  and in the process of missing whoever was at home.  They were all missing someone. It was a sad time, but I took always took advantage of it.”

As  Sean Corcoran states in the film (curator, Museum for the City of New York), what distinguishes Harold’s army photos from other war photographers’  was his focus on the day-to-day life of the draftee — the routines, the anticipation, and the poignancy of missing family and longing for home.  Within that context, he captured the camaraderie and the physical closeness of the young men and women who were all facing the uncertainty of war in a far off land or on the front lines.

“Of course, the toughest moments were watching the guys board the train for the front lines and wondering if I would see them again.  And then turning around and watching the sad faces of the Korean children as I walked back to headquarters.  They told us not to fraternize with the Koreans….says who?  War is hell no matter what they try to tell you!” 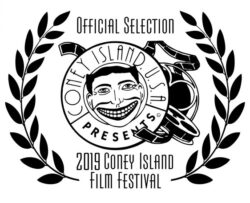