You can’t take Brooklyn out of the boy: Remembering the summer of ’49

I’m not sure who came up with the expression:

You can take the boy out of Brooklyn, but you can’t take Brooklyn out of the boy.

but it’s one I often use. My wife cringes whenever she here’s me say this since I’m generally about to make some excuse for some old habit that is annoying her! In 1949 I was just eighteen, newly married and not yet drafted. I was heading uptown to Manhattan for Photo League meetings and over to Times Square in the evenings with my camera. I spent plenty of time photographing all over the city, but my eye was still consistently thrilled by the sights in my own neighborhood.

My wife, Sydelle, and I lived on 36th Street near Surf Avenue in Coney Island and I was, as always, heading to the boardwalk and beach to mingle with the crowds. But right outside my doorstep on any summer day were also a never ending stream of daily scenes — children jumping rope, people sitting on their stoops or just looking out their windows. This was an era when neighborhoods were real communities. People knew each other and looked out for each other’s kids. The fiddler in the above photograph was a neighborhood fixture, just like the lady looking out the window with her dog.

Recently I was interviewed by the British Magazine, Huck, which was introduced to my work by BBC filmmaker, Andy Dunn, who recently visited us and took me to Coney Island. They wanted to explore the theme Contemplating Home and asked me why I took photographs near where I lived. My answer is simply:

I just wanted to show life as it was. I loved my neighborhood and Coney Island and the streets of New York. I was never searching for anything when I took pictures of my surroundings. I was simply bearing witness to the great moments that presented themselves to me over and over again no matter where I was.

So, here are a few moments from the summer of ’49 in my Brooklyn neighborhood 65 years ago.

(Oh, did I fail to mention the most important thing that happened in Brooklyn in 1949? The Brooklyn Dodgers won the National League pennant with Jackie Robinson as the MVP? Did I forget to tell you about the time I went to Ebbets Field with my camera, as I often did, and Jackie came into the stands so I could take his picture? Great shots! Hmmm…maybe I didn’t tell you about one of the greatest tragedies in my photographic career? Just can’t seem to find those negatives! I guess that’s a story for another time. P.S. The Yankees won the series that year). 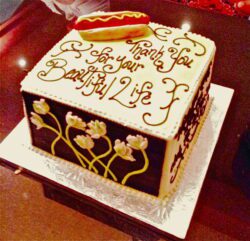 wow….did not realize you had that way of shooting back then….masterpieces….

wonderful photos…amazing that you did this so early on

What an incredible gift to see these photos – and all the others that you send! Thank you, Harold. I look forward to them and totally delight in them.